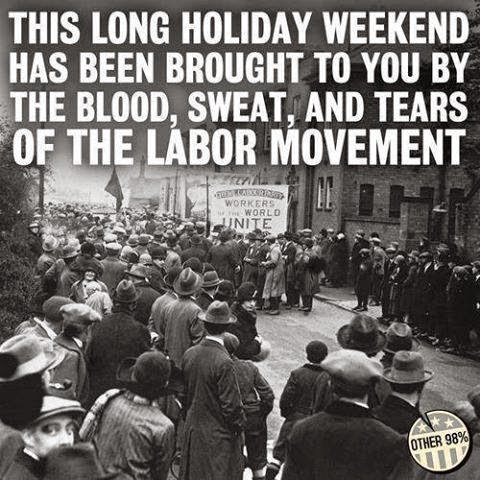 Posted by Bob Barnetson at 10:41 AM No comments:

The issue of farm safety has come around a few times this summer. Last week a 39-year-old man died after falling seven metres while demolishing a barn on a farm. OHS stopped its investigation because it has no jurisdiction on farms—even if the worker was not doing a task most of us would consider farm work.

Because Alberta excludes so-called farmworkers from virtually all of its labour laws, there will never be an investigation of his death (since it wasn’t otherwise criminal) and the worker’s dependants will likely have no compensation for his death—unless they sue the farmer, who will then likely declare bankruptcy.

Earlier this summer, a U of C study suggested that the blanket exemption of farmworkers from basic workplace rights (e.g., right to refuse unsafe work, child labour laws, workers’ compensation, right to form a union) likely violated the Charter of Rights of Freedoms. Yet candidates for the leadership of the Tory Party (i.e., the next premier) refuse to endorse providing basic rights for these workers. They couch this Little House on the Prairie notions of farms (which today average 1100 acres…) but basically they the PC Party is in the electoral soup and are pandering to the rural vote.

A few weeks back, an interesting case popped up in Saskatchewan that usefully illustrates the issue and its dynamics. A farm family was allowing its own 8- and 10-year-old children to work in a chicken processing operation they ran on their farm (the kids had been working in it since they were 2). They also employed neighbour’s children who were under 16. They were ordered to cease employing children necause that violated health and safety laws.

Did they comply with the child labour laws? Hell no, they bitched to the media. This caused the usual brouhaha, with commentators attesting to the value of hard work and the necessity of children working to keep farms afloat.

While these assertions are likely heartfelt, that doesn’t mean they are valid or the most important considerations. Consider these two points:
Predictably, the government assessed the impact of actually upholding child labour laws on farms, crapped its electoral pants (figuratively, I assume) and reversed its order for the farmers' own children ("go to it kids!"). I wonder how the Minister involved will feel the next time a kid dies doing dangerous work on a farm because provincial inspectors have been told to turn a blind eye?