Corona virus as an OHS issue

The developing outbreak of coronavirus got me thinking about how institutions react to pandemics. Severe Acute Respiratory Syndrome (SARS) is an interesting example to look back on.

SARS originated in China and resulted in 44 deaths, over 400 illnesses and 25,000 quarantined persons in Canada (there are slightly different stats, depending on your source). An 11% mortality rate was the global norm.

Back in 2003, when the SARS outbreak occurred, I was working at the Alberta Labour Relations Board. Right as the outbreak was becoming news (but before anyone had a handle on how SARS spread), my boss took a vacation to China.

The staff were concerned that he might bringing the virus into the workplace. The staff included folks with compromised immune systems, chronic diseases, and, in my case, a pregnant wife at home. So, basically, we were like every other workplace anywhere.

The staff met and deputized two of us to go talk to our boss’s boss (the big-boss). Our request to the big-boss was that our boss be given a couple of days off when he got back to see if he developed any symptoms before coming back to work (a pretty reasonable ask, in retrospect). The big-boss declined our request, basically poo-pooing our concerns as alarmist.

Whether that decision was consistent with his obligations under the OHS Act of the day was an open question. We talked about filing an OHS complaint or refusing unsafe work. But, since the big boss was a big wheel in government and was tight with the deputy minister of Labour, we figured a complaint was likely pointless.

Refusing might have worked, but there was a pattern of harassment in the office by the boss. He would target people and harass them until they quit. So we figured a refusal would just make the refusers the next targets, so we dropped it.

Fortunately, no one in the office was infected. But, somehow, the boss found out about our request to the big-boss. The boss then went around the hallways loudly calling the concerns ridiculous and bullshit. And that’s about when he started harassing me.

Unlike his past harassment of my colleagues (which involved publicly berating then until they quit), he chose to bury me with work. After a few months, I was carrying three times the normal file load. I’d ask for help, he’d take a file, be unable to figure out how to do the work on the file, hand it off to an admin assistant (who didn’t get paid to do high-risk work like manage files), and it would then end up back on my desk several days later with no work done. The parties involved would then start calling, pissed off that nothing had moved on their file (which is fair enough).

Over the course of two months, I simply started to burn out (e.g., exhaustion, depression, hopelessness). One concerning symptom was short-term memory loss: I would have conversations one day with coworkers and be unable to remember the conversation the next day (although the paperwork clearly demonstrated the conversations had happened).

Eventually, I went to my GP (worried about dementia) and he was like “yeah, it’s not dementia, you just need some time off for stress.” After a few days away fro, work, my symptoms went away. So I then quit and got a new job.

Seventeen years later, I see this as a fairly typical instance of an OHS failure:
This commonplace pattern is one reason why workers generally don't report hazards or injuries. That it happened at the government agency tasked with administering labour law is, perhaps, ironic but is also unsurprising. This dynamic happens everywhere—production matters more than workers. from what former coworkers told me, the pattern of harassment by the boss continued until he retired.

In the wake of the SARS epidemic, most public-sector organizations developed pandemic plans. The data I have seen suggests only about 10% of private sector organizations have such plans. It will be interesting to see how organizations handle the risk of coronavirus in light of our experience with SARS. Do they take it more seriously given SARS? Or do they ignore it until someone comes down with the illness?

So I almost died on a picket line today...

There were a bunch of trade unionists leafleting drivers entering the Co-op Gas Bar on St Albert Trail in Edmonton this morning. We were asking drivers to get their gas somewhere else to apply consumer pressure to the Co-op Refinery in Regina. The refinery locked their workers out in early December to try to drive rollbacks into the worker’s pension plans (the refinery is hugely profitably).

It was a pretty routine picket line. Picketers with signs were on the sidewalk alongside St Albert Trail for visibility and to alert motorists intending to gas up that there was a picket line at the station. To get into the gas bar, drivers had to turn off St Albert Trail onto a side street, drive about 75 feet, and then turn into the gas station. The picket line with leaflets was at the entrance to the gas bar. Leafleters had orange jackets and reflective vests.

The first 90 minutes were quiet—only 13 drivers decided to proceed past the picketers and got gas. Many more decided to go up the street to Shell. Some drivers took leaflets and chatted, others didn’t and were waved through with no wait. (The store is not Co-op owned we just waved those customers through as well.) Overall, a very civilized experience.

About 9:30, a heavy haul tow truck from City Wide Towing turned off the St Albert Trail. The driver was shaking his head at the first line of pickets. He then drive towards the gas bar turn in where he started his turn early and drove right through the picket line without slowing. Fortunately, the picketers saw him coming.

I stepped back about three feet. Because of the length of the tow truck, the rear wheels tracked inside his turn and missed me by only few inches. If I hadn’t have stepped back, he would have clipped and I would have gone under the rear tires. He then got out and beaked off at us and went into the store.

After we wrapped up our picket, I called City Wide Towing and reported the incident. I was told a manager and the safety officer would call me back. I said I’d wait until the end of the day to hear from them. So far, no call.

Thinking back, the City Wide Driver pretty clearly targeted the picketers with his truck. There was lots of warning of the picket line, lots of room to slow down and stop, and he could even have driven past the first entrance and come in the back way (another 100 feet down the side street). Starting his turn early and not braking were intentional decisions to buzz the line. There was zero remorse when he got out of the truck.

More surprising is City Wide’s complete lack of response. The employee could have injured or killed me or another picketer. That would have resulted in a police investigation, a lawsuit, and tons of bad publicity for City Wide. Clearly, this employee deserves to get canned.

Back to the future: Alberta introduces performance-based funding 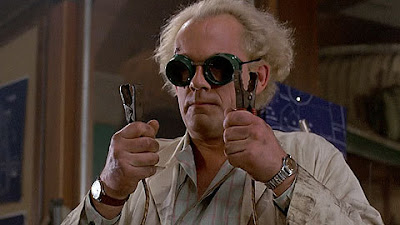 Earlier this week, Alberta announced it would be implementing a new funding model. This model links up to 40% of institutional funding to performance on various targets. The Minister claims “[t]his is a new and completely transformative funding model.” This claim both is and isn’t true.

The Minister’s statement is true in that the size and punitive approach of the new model has not been seen before in Alberta. The 1990s model provided a small amount of additional funding if performance target were met. The current model places significant amount of current funding (up to 40% by 2023) in jeopardy if targets are not met.

The exact institutional performance metrics have not been decided (or so we’re told). But a list of possible measures was included:
These metrics will, according to the Minister, “help ensure students are set up for success by encouraging institutions to produce job-ready graduates.”

It is hard to assess an incomplete proposal, but here are a few thoughts:

Performance measures are conceptual technologies, in that they shape what issues we think about and how we think about them. For example, assessing the employment rate and income of graduates emphasizes the labour-market training role performed by post-secondary institutions. Not assessing other roles (e.g., developing an informed and critical populace) obscures these other roles.

Continuing with this example, measuring graduates’ employment rates and incomes also suggests (however implicitly) that institutions have some control over these outcomes. Certainly institutions can (to some minor degree) influence these outcomes based upon which programs are offered and the career services institutions provide. But graduates’ behaviour and general economic conditions are likely to be far more important determinants of these outcomes.

These more important contributors to labour-market outcomes are entirely outside of institutional control. Yet, bizarrely, the government is suggesting making institutions accountable for outcomes they have little control over.

So where does such a system take us? Well, that depends on the details (that we don’t have).

One possibility is that performance targets are set such that institutions are already meeting them (or can easily met them). That doesn’t seem in keeping with the UCP’s narrative that the public sector is inefficient. Further, it would mean the new performance metric system is just a bunch of additional government red tape that serves no real purpose (except maybe to make institutions more easily controlled by government).

A second possibility is that institutions re-allocate funding internally to ensure they meet challenging targets. Since funding is tight, this might include dumping programs that drag down institutional averages on performance metrics and expanding programs that push up averages. The exact outcomes are hard to predict and may be unexpected. For example, during a downturn in oil and construction, the graduate employment measure may pressure institutions to curtail trades programs. I mention that example only because the government is constantly messaging the importance of getting more youth involved in the trades.

Another possibility is institutional gaming (which is often a response to performance measures). Institutions will, to the degree possible, prioritize measures that they do well on while de-emphasizing measures that they do poorly on. Institutions may also play some accounting games. For example, the ratio of administrative to academic expenses can be changed by recoding certain salaries and expenses as academic. This gaming and the broader enterprise of collecting and analyzing this data will, ironically, consume resources that could be better spent on educating students.

A fourth possibility is that performance-based funding is designed to cause financially precarious institutions to fail. In the short term, institutions seeing operating grants decline would likely seek wage-rollbacks and layoffs. This government-induced financial crisis would reduce public-sector expenditures (seemingly a key government priority). In the longer-term, an inability to balance budgets would provide a pretext for closing or amalgamating institutions (I’m thinking particularly of rural colleges, which are electorally popular in Tory ridings but of unclear financial viability).

It will be interesting to see which performance measures Alberta and individual institution come up with and how institution’s behaviour changes ins response to them.