Back in 2015, Alberta passed laws giving farm workers basic employment rights, including making their employer subject to the ambit of the OHS Act. This reflected that farm work is very dangerous. Most of these changes were repealed in 2019 by the new UCP government, although some basic OHS rights still exist.

During the period that these laws were in full force, there was an incident on a “family farm” in southern Alberta. Laidlaw Ranching Co Ltd. began operations near Bow Island, Alberta in 1970. On the same property as the cattle ranch is a sand and gravel operation (Laidlaw Sand & Gravel Ltd.). The sand and gravel operation was the subject of 17 compliance orders between 2015 and 2020. Both companies are owned and operated by a single family.

On August 14, 2018, an 11-year-old boy (who regularly performed odd jobs on the farm) of one of the owners and a 17-year-old worker (not related to the owners) on the farming operation were hosing off concrete-pouring equipment being used to build a slab near a silage pit. This work was being performed at the bottom of hill.

Another adult worker (of the gravel company) was operating a front-end loader. The loader was poorly maintained. The operator was driving near the location where the young workers were working. When the driver tried to apply the brakes, the brakes failed to engage. The operator then tried to put the loader into reverse. This caused it to stall and made steering difficult and reduced brake functioning.

At the time, the RCMP characterized the event as an accident and were not contemplating charges (I wasn’t able to find any indication that charges had been laid later). The OHS investigation was completed and referred to Alberta Justice to see if charges were warranted. Justice declined to prosecute and, as far as I can tell, there were no charges, orders (other than a stop work and stop use orders two days after the incident), administrative penalties, or tickets issued to either the farm or the gravel operation.

I have a couple of thoughts.

First, this incident illustrates how workplace injuries and deaths are treated as less serious than injuries and deaths in other contexts. If the loader had been travelling on a roadway when the brakes failed, almost certainly there would have been charges laid and likely a civil settlement (there was a WCB claim during this year, but I cannot tell if it is related to the 17-year-old's injuries).

Second, except for the very unfortunate circumstances (whereby one of the owner’s children died), there were really no consequences for the employer as a result of this incident. Basically, the message for employers is “whaddaya gonna do?” The lack of consequences for even very serious incidents is a long-standing issue in Alberta and is likely a factor in Alberta’s high rate of work-related injury.

Third, while the application of OHS to the farm is often poo-poo’ed by agriculturalists, clearly farm work is dangerous and following OHS principles (e.g., properly functioning equipment, procedures to ensure rundowns are avoided) would have prevented this incident. Further, the notion that small farms are safe is clearly shown to be false. This farm appears to have fewer than 5 regular employees (the test for the application of many employment laws) but includes an onsite gravel operation with heavy equipment. 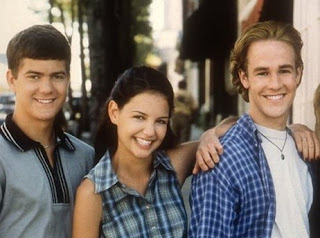 So, I was watching Dawson's Creek last week (don't ask) and stumbled across some labour activism in Season 5, Episode 22 ("The Abby"). By this point in the series, Pacey (Joshua Jackson) is working as a cook in a Boston Restaurant (Civilization).

The restaurant is sold and a new manager (Alex) arrives to shake things up. She fires some of the staff, while promoting others (Pacey included) to exert control.

Just prior to an important dinner, after which the investors will decided whether or not to open a chain of Civilization restaurants, Alex loses her cool and fires a staff member (who is a single mother working three jobs) in front of the entire staff. This alienates the staff, who donate the dinner top a homeless shelter and provide take-out pizza to the investors. The "staff association" then reads out a letter trashing the manager and everyone quits.

Overall, I thought the episode was pretty realistic in how it portrayed the new boss and her control tactics as well as the response of the workers. Specifically, I liked that it showed them reacting spontaneously and voting with their feet. A more nuanced (but likely more boring episode) might have included them getting together, organizing a series of escalating tactics, and holding a march on the boss (or some other job action). But, in the context of the show (and given the many other plot lines that needed to be wrapped up at the end of the fifth season), that would have been a pretty forced narrative and this one-off mass quitting was more appropriate. If you want a show about organizing, the series Good Girls Revolt might be more your speed.

Early Chinese worker militancy in BC 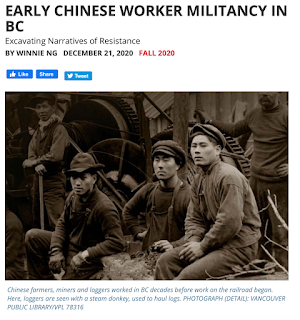 The autumn issue of Our Times magazine contained a very interesting examination of early Chinese worker militancy in BC, written by Winnie Ng. The article traces the history of these workers from 1881 to 1947.

Ng documents several instances of militancy among these workers, including a strike to protest and resist head tax collection in Victoria in 1878, efforts to reduce working hours and improve wages in laundries in 1906 and kitchens in 1907 and the formation of various Chinese unions.

Of particular interest is Ng’s discussion of co-operation between Chinese and White shingle-worker unions. Employers used Chinese workers to suppress wages and the more privileged white workers recognized in 1917 that they needed the support of Chinese workers to make progress. Ng’s translation of Chinese-language newspaper coverage demonstrates the savvy of the Chinese workers. Several strikes ensued to resist wage rollbacks and increase compensation.

Ng also chronicles Chinese workers mobilizing against racist relief programs during the Great Depression. This history challenges conventional historical views about Chinese workers as docile and strikebreakers. Overall, this is a very good read, particularly for students in LBST 325. 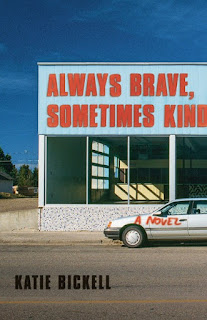 I received a recent (2020) novel for Christmas entitled Always Brave, Sometimes Kind that was written by Katie Bickell. The novel is essentially a collection of loosely related short stories that follows a group of people who live in and around Edmonton between 1990 and 2016. All of the characters have what might be described as rough lives, often made worse by the political economy of Alberta.

There are four stories with a clear labour-related element to them. The first story is set against the backdrop of the laundry workers' strike of 1995 and the Klein cuts to the health care and income support systems. Health-care workers struggle to deliver care, the social services system is falling apart (which particularly affects Indigenous characters), and a social worker is laid off.  Overall, an emotionally difficult story to read if you lived through the era.

Later, we meet a social studies teacher who is grappling with the effects of Klein's budget cuts and unfulfilled promises (circa 2002). There is mention of the teacher's strike and frustrations that it left classroom teachers with. I won't spoil the story for you, but he eventually exits the professional and makes ends meet rather creatively. This very much reminds me of my buddy Rob who was an elementary teacher. After getting three layoff notices in successive years and less and less support to deal with increasing classroom challenges, he eventually quit in frustration. The author really captures public-sector despair of the late Klein years.

One of the characters is a camp worker in Fort McMurray who does the long commute back to Sherwood Park (I think). In a pair of related stories, we see the stress that this approach to staffing extraction industries places on marriages and families.

Finally, there is a story set in a hospital where one of the characters encounters one of the many temporary foreign workers recruited to Alberta to work in the service industry during the 2006-2012 period. While the character is not particularly sympathetic to these workers, the author writes the scene in a way that quietly highlights the challenges faced by these workers.

Overall, this was a challenging book to read because of how difficult the lives of the characters were to read about. The author really captures how lower- and middle-class Albertans have struggled, even during boom times, to keep their lives and families together. It wasn't until the last quarter of the book, as the stories start to knit together and multi-generational problems begin to resolve, that started enjoying the book and began to appreciate the gritty earlier stories.  Overall, an interesting window into the recent past.