Boss makes a dollar, we make a dime...

One of the challenges of organizing workers to resist an aggressive employer is the tendency of workers to disbelieve (at least, at first) that their employer could actually mean to treat them so badly.
This initial denial often reflects underlying anxiety (because the boss is powerful) and manifests itself in several ways. For example, workers may:
Workers can eventually move past these initial responses, especially when the employer repeatedly misbehaves (which eventually creates a “the boss who cried wolf” dynamic). A sly employer can draw out the period of denial with a good “bonhomie” routine or by creative gaslighting.

One strategy unions can use to get past this is to help workers understand that bosses really aren’t like them. Sure, they wear a skin suit and have kids and like to wakeboard and go on Disney cruises. But their world is fundamentally different.

But how to show this? Well, money talks. So a peak inside the boss's house is a great way to illustrate—in an immediate and material way—that the boss isn’t worried about where their next paycheque comes from. And, when the boss takes a wage freeze or tiny rollback, it doesn't have the same effect as when they try to push that on workers.
My most recently previous boss's house is up on the market and, through the miracle of virtual tours, we can see how the 1% really lives. The address in the posting isn’t exactly correct, based on my pre-picket scouting during our last round of bargaining. I’m not sure how long this posting will be live (the virtual tour is something) so I screen capped a few of the photos. 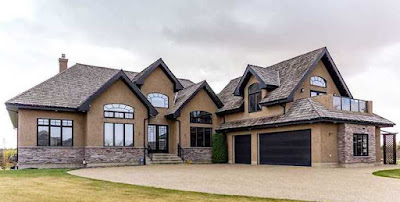 I’ve been to a lot of members' homes—usually for good reasons, sometimes for sad ones. None of them have come close to this size (3800 sq ft on 3/4 of an acre backing onto a pond) or level of luxury. 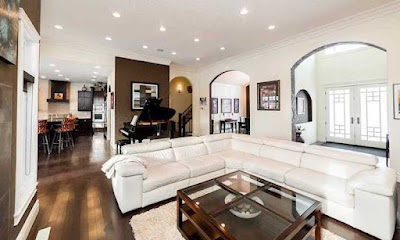 The main floor boosts a huge living room (with piano), dining room, kitchen, and master suite. The quality of the finishes put my house (which is pretty nice) to shame. 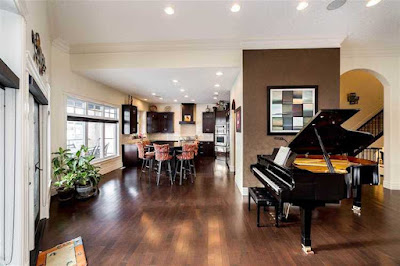 The master suite includes a soaker tub with its own fireplace, which is important when you need to relax after the difficult days of grinding workers’ wages. 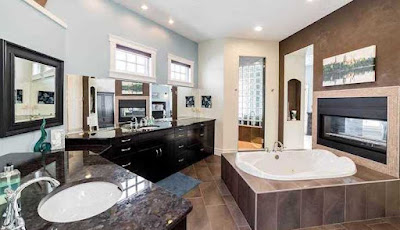 And satin sheets will help you sleep away your guilt at pretending to care about keeping jobs in the Athabasca region, while actually moving them away. 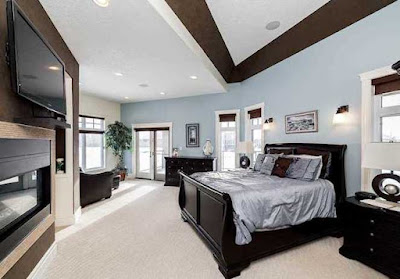 The upstairs has an enormous bedroom (not shown), while the basement features a wet bar area that connects a massive family room with a rec room. What better place to gather your minions and hatch plans to bust your workers’ union! 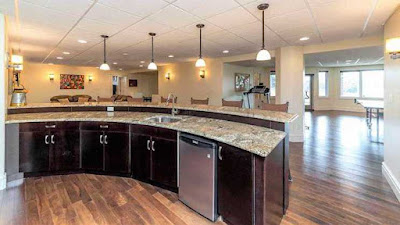 The point here is that bosses superficially look like workers. But they don’t share our circumstances or our interests. And revealing that difference to workers—in material terms—can go a long way towards undercutting the boss’s messaging.

Canada and the US are outliers in historically having no statutory paid sick leave. Alberta’s opposition party has proposed 10 days of leave as a pandemic response measure. This logic of this proposal is basically that paid sick leave would help some sick workers decide to stay home by providing security of employment, income, and benefits. Yesterday, Alberta’s premier called paid sick leave a “job killing” proposal.

A 2010 report by the World Health Organization (in the wake of H1N1) suggests that paid sick leave has benefits that far outweigh its costs in Europe. The benefits include:
The costs of paid sick leave are mooted to be greater costs (for the state or employers, depending upon the arrangement), loss of productivity, and the potential for abuse by workers (i.e., taking sick days when not sick).

The WHO report suggests European costs are relatively low (averaging just under 200 Euros per year per capita), and paid sick leave is associated with greater productivity.

A US study examined the effect of sick leave mandates in several US cities and states on the number of private sector jobs. These proposals see workers accrue sick leave over time (kind of like; vacation entitlements). The upshot is that there appears to be effectively no impact on jobs numbers (i.e., sick is not a job-killing policy).
A separate study focused on New York’s employer paid sick leave mandate (which extended sick leave to millions of employees) also suggests paid sick leave is no big deal.
Basically, modest statutory sick leave provisions are a significant public health boon and can be implemented at virtually no cost. There is no credible evidence I could find in a quick search that paid sick days are “job killing”.

Not providing sick leave, by contrast, is likely to increase in the spread of COVID (as workers come to work sick for fear of losing their jobs or not being able to pay their bills). In this way, Premier Kenney’s unwillingness to consider paid sick leave is a “worker killing” policy.

Posted by Bob Barnetson at 8:47 AM No comments: