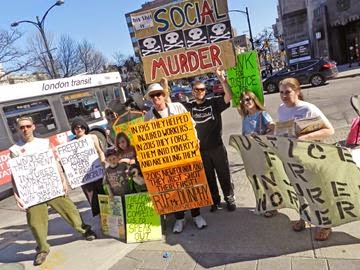 Labour & Industry has just published an interesting article entitled “Reforming a complex system: The case of NSW workers’ compensation and return to work”. This study examines how, despite significant effort, an Australian workers’ compensation system has failed to improve its return-to-work outcomes.

The researchers approach this question by framing workers’ compensation systems as complex systems. Essentially, there are many parts to the system (e.g., requirements, processes, actors) and these components interact with and adapt to one another in non-linear ways. As a result, small changes can trigger large and unexpected outcomes.

In this case, there were three main barriers to realizing the goal of improved rehabilitation and return-to-work outcomes for injured workers:

First, the intention that employers retain injured workers, provide suitable duties and support their return to work is challenged by inadequate employer compliance. Second, the objective of returning workers to employment in a timely fashion is challenged by a culture of endemic hostility toward injured workers, manifested in harassment, bullying and stigmatisation by employers and insurers. This can result in secondary psychological injuries. Third, the objective that injured workers recover and are rehabilitated is undermined by significant restrictions placed on payment of medical expenses… and the behavioural responses of insurers to these.

None of these barriers are particularly startling. But it is useful to see how they relate to one another and create systemic barriers to reform. Failing to give these due consideration essentially doomed this effort at legislative reform.

I suspect that part of the problem with this effort at reform was legislators' beliefs that injured workers tend to malinger and that employers want to take injured workers back (neither of which is generally true). Basing reform on false assumptions and an overly simplistic view of how the system itself operates mean the policy mechanisms enacted are likely to be inadequate to achieve the outcome.