Hours of work and the gendered wage-gap 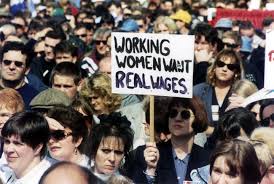 This spring, the Parkland Institute published a study examining income inequality between men and women in Alberta. Women’s average income is 58% that of men’s income in Alberta, the worst differential in Canada. Wage and employment inequity contributed to Edmonton and Calgary being named among the worst large cities in Canada in which to be a woman.

There are many factors that contribute to this wage gap, including women being responsible for much of the unpaid work required to keep society functioning (e.g., caring for families, managing homes). Juggling this social reproductive work often results in women taking part-time paid employment. An interesting question is to what degree does Alberta’s employment law contribute to this situation?

For example, all Canadian jurisdictions set limits on the length of the working day and/or week. For example, Alberta limits work to 12 hours a day. Limiting working time increases workplace safety and ensures workers have adequate time for social reproductive tasks. They also reflect the historical tendency of employers to demand oppressively long working days and weeks.

Some jurisdictions (such as Alberta) also allow employers to demand workers work over-time. (The term ‘demand’ indicates that workers cannot refuse the OT.) In Alberta, workers working beyond 8 hours in a day or 44 hour in a week are entitled to a wage premium (generally one-and-half times the normal wage rate). The premium both rewards workers for the additional labour and incentivizes employers to not rely on overtime as much. Other jurisdictions (e.g., Ontario) don’t allow employers to demand OT.

Work, Employment and Society recently published an article entitled “The gender gap in employment hours: do work-hour regulations matter?” This 23-country study examined the phenomenon of employed women working fewer paid hours than their male spouses (a key factor in the wage gap). It sought to understand if state regulation of the length of the working week and over-time (OT) was associated with this employment gap.

The findings were pretty unequivocal. Countries that limits on the length of the working week have greater gender-based equality in hours worked by men and women. There are other factors in play (e.g., occupation matters a lot; presence of children matters very little) but state regulation of working hours may be an important factor in equality.

Further, allowable overtime negatively affects gender equity in hours worked. Basically, for each additional allowable overtime hour, the work-hour gap between couples increased by 20 minutes. One explanation is that men are more likely to work long hours so limiting the length of their work week reduces the gap. It may also be that, facing limits, women increase their paid work to increase family income. And, perhaps, long working weeks require one partner (usually the women) to work less in order to cope with (unpaid) social reproductive work.

This research opens up an interesting point of discussion around Alberta’s Employment Standards Code: are Alberta’s rules around hours of work and over-time an important structural factor that produces gender-based income inequality? If so, would constraining the hours of work and/or possibility of OT result in greater gender equality?