Sean Tucker and Anya Keefe (University of Regina) have again released a national overview of occupational fatality and injury rates in Canada. This report usefully aggregates national data, with 2017 data being available. 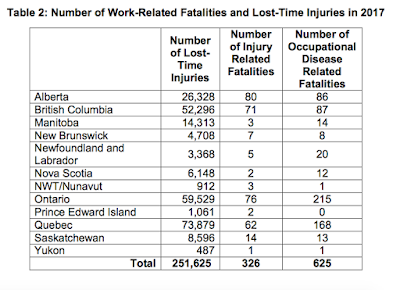 When fatalities are corrected for population size (fatals per 100,000 full-time workers), Alberta continues to have the highest rate of fatalities caused by injury among provinces with more than 100,000 workers. (Both Saskatchewan and Alberta have seen further increases in 2018.) 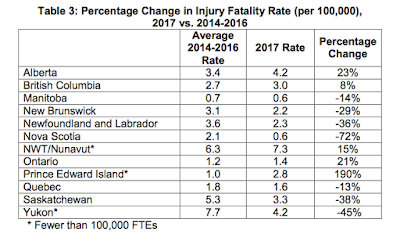 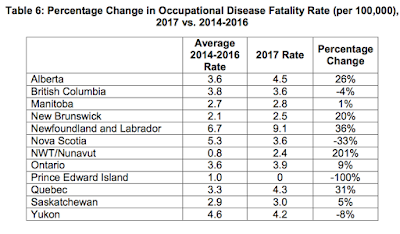 Looking at lost-time claim rates, Manitoba lead the way in 2017. 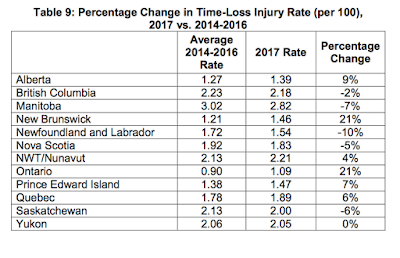 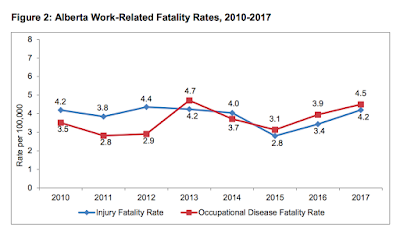 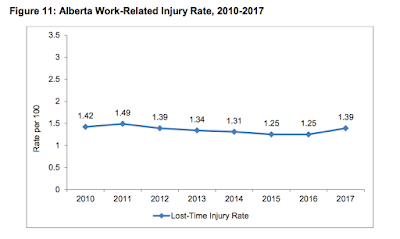 One of the challenges noted by Tucker and Keefe is the limited quality of the injury data (derived from rolled up WCB stats) and the need for better metrics. There is, of course, also a need for more effective prevention activities.