Alberta finally released its annual report on injuries and fatalities for 2019. Some of the key findings are that, from 2017 to 2019:
Industry-related data was not super surprising. Ag and forestry is the most dangerous and saw large growth in injury rates (~24%). I suspect this reflects the implementation of mandatory WCB in agriculture. 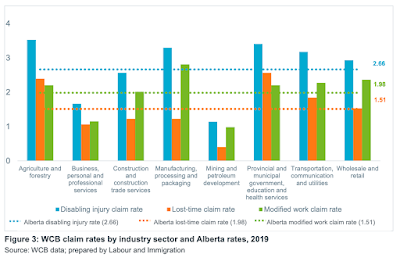 Manufacturing, processing and packaging was another sector with relatively high injury rates. We should expect this number to spike in 2020 and 2021 given the COVID waves that swept through the meat-packing plants. We’ll likely also see something similar in the public sector (particularly education and health care). We may also see this in mining, given the oilsands camp outbreaks.

There has been a long-term increase in occupational fatality rates in Alberta. 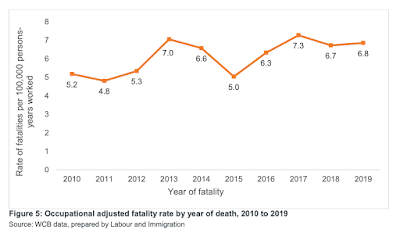 This has included a long-term reduction in the proportion of fatalities caused by motor vehicles accidents (blue bar in chart below) and an increase in workplace incidents (orange bar). 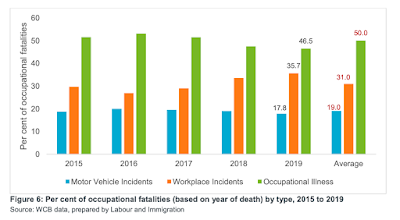 Claims related to harassment and violence doubled from 2015 to 2019. This may reflect, in part, greater awareness and acceptance of these sorts of injuries as a result of changes to the OHS Act and Code made by the New Democrats. 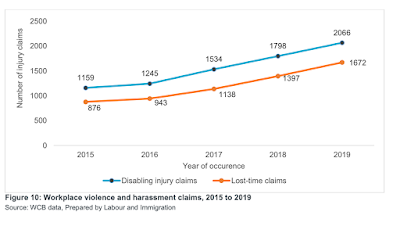 One of the most compelling charts is buried at the end of the document and it tracks injury rates over 10 years. Combined with the fatality rates chart above, the biggest take-away is that not much has changed. 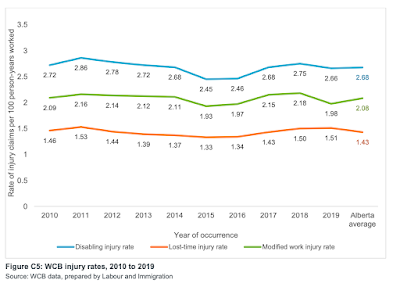 This suggests that the injury-prevention strategies mandated by successive Alberta governments (which have emphasized education and voluntary compliance coupled with anemic enforcement) have not really moved the needle on worker injuries or workplace safety. 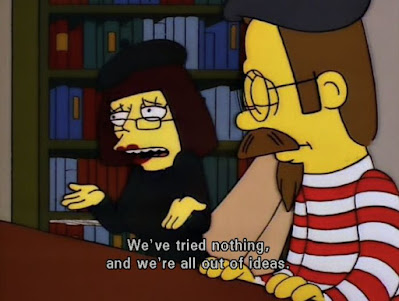