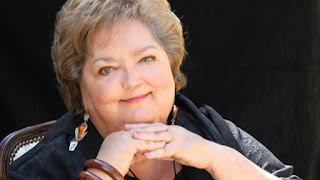 This week’s installment of Labour & Pop Culture is “Working Man” by Rita MacNeil. The song was inspired by the hardships faced by workers at the Princess Colliery in Nova Scotia and was a hit for MacNeil in the 1970s.

The song recounts pretty typical coal town experiences (and is yet another example of what I'm coming to think of as mining music). Young boys go into the mines and the working conditions wear down their bodies (“Where you age before your time/And the coal dust lies heavy on your lungs”).

Indeed, MacNeil's tour guide at the Princess Colliery was a former miner who had throat cancer. The two verses in the song provide compelling before-and-after contrast. Not only has the worker aged during the second chorus, but the industry has also changed: the Princess Colliery closed in 1975 after 100 years of operations and, at the time of MacNeil’s visit, was a museum. The rest of the song is repetitive (five times through the chorus!) in a sing-along way

At the age of sixteen years
Oh, he quarrels with his peers
Who vowed they’d never see another one
In the dark recess of the mines
Where you age before your time
And the coal dust lies heavy on your lungs

At the age of sixty four
Oh, he'll greet you at the door
And he'll gently lead you by the arm
Through the dark recess of the mines
Oh, he'll take you back in time
And he'll tell you of the hardships that were had

God, I never again will go down under ground