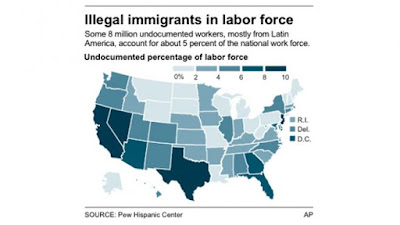 The July issue of Anthropology of Work Review focuses on the criminalization of workers, specifically migrant workers. One particularly interesting article in this issue deals with undocumented workers in northern California.

“Ghost Workers: The Implications of Governing Immigration Through Crime for Migrant Workplaces” examines the practice of employers requiring undocumented workers to “rent” legal identities as a condition of hire. This practice hides these workers from the state while acting as a source of income for employers. This illegal practice also renders undocumented workers vulnerable to charges of identity theft.