Refuse unsafe work and get sacked? 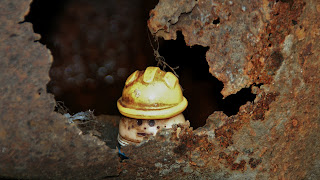 Over the summer, I have been working with two BC workers who allege they got sacked in 2014 after they refused unsafe work. You can read their story here on rabble.ca.

Both men are knowledgable about their safety rights and their employer's obligations to provide safe work. Both flagged problems that were ultimately deemed by WorkSafeBC to be serious safety issues (often multiple times).

Interestingly, in late 2014, both men were laid off, allegedly due to lack of work. The workers contest their layoffs, noting other workers were retained after (or hired shortly before) the workers' lay offs. In effect, the workers are suggesting that their employer used its power to hire and fire (a power used frequently on construction sites) to retaliate against them for exercising their safety rights.

Both men have complained to WorkSafeBC but, more than a year and a half later, neither has had his case heard. In the meantime, they must bear the costs of their unemployment. Not surprisingly, relative few workers ever exercise their right to refuse.