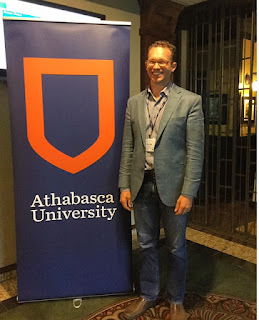 Bill 7 mostly moves PSE labour relations under the ambit of the Labour Relations Code. This broadly mirrors the situation in other provinces and is a good policy change. The two provisions of Bill 7 that may warrant amendment have to do with transition periods.

Bill 7 gives academics the right to choose a different (or no) union—just like every other worker in Canada. But Bill 7 contains a five-year transition period (to 2022) during which workers cannot exercise these rights. A period of this duration makes little sense because it precludes academics who have legitimate concerns about the operation of their association from exercising any choice for five years.

The prospect of a union losing its bargaining-agent status is an important check-and-balance in unionized workplaces. It (along with the duty of fair representation) pressures unions to do their best to represent their memberships' interests. This is more than a theoretical argument. As I wrote a few weeks ago, there are a number of members of the U of A graduate students association who want to have the opportunity to select a different bargaining agent.

The other transition period issue in Bill 7 has to do with the shift from resolving bargaining impasse by arbitration to resolving it via strike-lockout. I see this change as a good one and in keeping with the Supreme Court’s SFL decision of 2015. My concerns are about the lack of a transition period.

Assuming Bill 7 is passed in its current form, all existing arbitrations will be allowed to continue but any bargaining impasse that occurs after April 6, 2017 will be resolved through strike-lockout. The absence of a transition period to strike-lockout (which was promised to faculty associations) leaves 7 (I think) faculty associations that are currently in bargaining in a bad position.

They are in a bad position because, when you bargain, you base your bargaining strategy on your BATNA (best alternative to a negotiated agreement). Under arbitration, the BATNA is basically the salary settlements at comparator institution. If the employer won’t come close to that, you have reached impasse and off you go to arbitration.

Under strike-lockout, the BATNA is whatever you think you can force out of the employer by withdrawing your labour. This might be more or less than comparator settlements. The ability of unions to withdraw their labour depends (in part) on their financial resources (e.g., strike fund) and membership committee to the bargaining position.

Having the dispute-resolution process change in the middle of bargaining is problematic because these unions have no strike funds and haven’t been building solidarity around their position. Maybe this is just tough beans but the associations took action based on assurances they had (or felt they had) from the government.

Consequently, an aggressive PSE employer can now impose a short lockout on the workers, bring them back, and then impose the employers’ last contract. (Procedurally it is a bit more complicated but that is the crux of the issue. Whether employers will be aggressive is an open question—my experience with my employer is that they would absolutely take advantage of this opening.)

Whether a union could effectively strike (which is the countermove to the 24-hour lockout) is also unclear. I suspect many faculty associations would struggle to do so. (To be fair, faculty association may be able to remedy the “strike-fund” problem by joining the CAUT strike fund (assuming the normal six-month waiting period is waived) or by securing a loan from CAUT or a bank.)

The most charitable explanation for this decision is the government decided that complying with the Supreme Court’s direction was the most important thing to do. The only support for this inference that I can find is Schmidt's brief statement in the House Thursday when he introduced the Bill:

Our government is committed to fair legislation that makes life better for hard-working Albertans, and we are committed to complying with the Supreme Court of Canada decision guaranteeing Canadian workers the right to strike. (p.552)

That explanation stands in contrast to the more widely accepted explanation: this is an effort by the government to help PSE employers grind down labour costs (which helps the government meet its fiscal targets and insulates it from criticism that it is coddling organized labour). Absent any government statement on this issue, I'm inclined towards the latter explanation.

The official response from faculty associations has been pretty professional (for example). The private responses I have heard from around the province are basically a very, very angry “what the fuck?” (often in those exact words). Many unions are feeling betrayed.

The answer to the “so what?” question starts in Calgary. The University of Calgary’s faculty association opposed these changes in the law. I think that was an error, but whatever. They are presently in bargaining with their employer. If, in the end, the U of C faculty feel they are forced to accept a bad deal (because they can’t handle a strike), that could translate into lost votes for the NDs in Calgary in 2019. The NDs need Calgary seats to form government again. And there are six other institutions in the same boat.

Now maybe the political calculus here is that (1) “that's two years from now”, (2) “who else are academics going to vote for—book burning so-cons?”, and (3) “we’re not going to win the rural seats where most of these colleges are anyhow”. If that is the calculation, I have to wonder if the political risk is really worth not providing a year or two of time to allow for an orderly transition? A year-long transition is no big deal--no one is going to file a constitutional challenge over it.

I’m feeling pretty fortunately my association isn’t caught out. But that was dumb luck. We have been active in putting together a strike fund, but we’re not ready. “Fortunately”, my employer completely pooched bargaining in February 2016 and, subsequently, stalled the arbitration process, so we’re still waiting to go to hearing. But we could easily have been in a bad spot.

To further complicate things, the seven institutions now bargaining under strike-lockout will need to negotiate essential services agreements with their employers (unless both sides decide to voluntarily refer impasse to interest arbitration—a case-by-case decision). Many small associations have limited labour-relations capacity and the situation has been made worse for colleges because of the disintegration of the Alberta Colleges-Institutes Faculty Association.

I wonder if a small amendment—reducing (or eliminating) the bar on raids and revocations and delaying the imposition of strike-lockout by a year or two—would be appropriate. This better protects the basic rights of workers to choose their bargaining agent while preventing employers from hammer the workers in this round of bargaining?

Posted by Bob Barnetson at 9:24 AM

membership "commitment" to the bargaining position?

Basically their willingness to take job action in order to achieve a specific bargaining outcome.