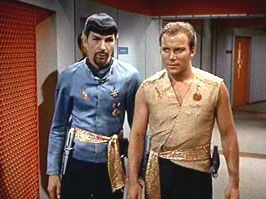 Last week, Alberta’s Bill 7 was passed and came into effect. This Bill moves faculty and graduate student collective bargaining under the Labour Relations Code. This means bargaining impasse will (effective immediately) be resolved via strike-lockout. Overall, Bill 7 is sensible and necessary to respond to the evolving jurisprudence around freedom of association.

The two most contentious parts of Bill 7 have to do with transition periods. Bill 7 creates a five-year ban on workers selecting a different (or no) union. In contrast, Bill 7 moves workers from arbitration to strike-lockout immediately (and, indeed, a bit retroactively).

During debate, Alberta Party MLA Greg Clark introduced an amendment to create a transition period to strike-lockout. This extra time, he said, would allow workers and their unions time to prepare, both financially and organizationally for this fairly fundamental change to bargaining. Clark proposed a three-year extension, but even a one-year delay would have been a huge improvement.


We believe, Madam Chair, that because of the length of time between the introduction of this bill, the lengthy consultation process that we’ve engaged in with our stakeholders since October 2015, and the fact that this decision came down in early 2015, the faculty associations have had approximately two years to prepare for a transition to this strike/lockout model. We believe that the transition time that has been given and is recognized in this bill is appropriate and just. (p. 811).

This response has a certain alt-facts ring to it. The content of the legislation was unclear until a month ago. The government clearly promised during the consultations that there would be a transition period. Every submission I saw by faculty associations flagged the need for a transition period. By contrast, there was no indication that strike-lockout would start immediately or affect negotiations currently underway. That kind of news would have galvanized associations to act immediately.

The Minister’s suggestion that the consultation period was the transition period (just, apparently, a secret transition period) is the kind of sophistry unions are used to from Tory governments. Compounding the growing sense that we'd slipped into some kind of alternate universe was ND MLA David Shepherd efforts to do some damage control later that day:


Now, the fact is that nobody will lose the right to use binding arbitration if Bill 7 is passed. In fact, it remains available on a voluntary basis, with agreement from both parties, under section 93 of the Labour Relations Code. (p.830)

This statement is either deeply naïve or completely disingenuous. Labour relations are about power and money. If an employer suddenly (by act of government) finds itself in a better position to grind wages, is it really gonna agree to binding arbitration and give away that advantage?

So what is the real reason for this double-cross?

Shepherd helps us out here when he explained the rapid shift to strike-lockout is about saving the government money: “Indeed, I think it’s a fiscally responsible thing to do… .” (p. 830) and “it will allow the faculty, the graduate students, postdoctoral fellows, and the institutions to come to more prudent agreements ” (p. 831). “More prudent” is neoliberal code for “lower wages”. Still later, Shepherd noted:


Indeed, given our current economic climate I think it makes sense that we try to find labour negotiation models that are going to ensure that we use public dollars responsibly. We know that compulsory arbitration in the past has at times tended to result in higher wage increases. That’s something that’s not sustainable, and we certainly recognize that it is not the direction to be going in for the province right now (p. 831)

Shepherd is, of course, wrong about arbitration giving unions unsustainable wage increases (my association, for example, have taken zeros in four or five of the last 10 years because that is what we would have gotten at arbitration).

Setting aside, you know, facts, basically what is going on here is the NDs are in a fiscal bind and most expeditious way to minimize the wage bill in PSE was to give employers a hammer in the short-term by moving to strike-lockout while unions are unprepared.

To be fair, the NDs weren’t the only who appeared to have transported into an alternate universe. Wildrose MLA Wayne Anderson proposed extending the period during which workers are stuck with their current bargaining agent from 5 years to 10 years. So basically the province’s most right-wing party is advocating forced unionization. (Pro tip: This may not play well with the base.)

Anderson’s motion is also inconsistent with the Wildrose’s handwringing about the possibility that the NDs will enact card check certification for workers throughout Alberta. Basically, the Wildrose is (facilely) asserting that the only democratic way to determine if workers want a union is through a certification vote (which gives employers time to meddle in the workers’ decision). Yet, apparently, it is cool and all democratic-like to deny faculty and grad students any opportunity to select a different (or no!) union for 10 years.

Again, a totally factually incorrect statement: faculty associations and GSAs have been successfully representing their members for years. There is no need for a transition period around raiding and decertification.

Yet, if we accept the logic of Minister Spock's Schmidt's statement, he's but himself in the untenable (and illogical position) of saying that (1) faculty associations need time to transition to the new rules around bargaining agent status but (2) they can just be dumped willy-nilly into a new dispute resolution process where their employers will have an opportunity to roll them at the bargaining table?

This is a profoundly disturbing (and hypocritical) position for the government to take.

Faculty deserve the right to select their bargaining agent now, not in 2022.

Faculty currently in bargaining deserve a fair chance to prepare for a lockout by their employer instead of being dropped in the soup by the NDs.

And faculty deserve an apology for (1) being misled by the government about the transition period and then (2) thrown under the bus so the NDs can try to lock up the centre vote by being "fiscally prudent".