The argument for card-check certification in Alberta 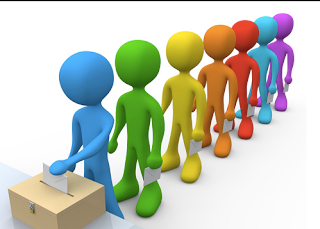 It is expected that the Alberta government will introduce legislation this week containing changes to the Employment Standards Code and Labour Relations Code. Employers are expressing concern with the possibility that Alberta will re-introduce card-check provisions that govern how workers can unionize.


Currently, unionization is a two-step process. First, workers sign a petition or buy union memberships. Then the union applies to the Labour Relations Board (showing support from at least 40% of the workers) and, assuming all is in order, the Board conducts an employee vote about 10 business days later.

Card check would (likely) mean that, if a union can show a clear majority of employees had joined the union (e.g., 65%), then the Board would just automatically certify the union and avoid the need for a vote. (Applications with support lower than the card check threshold would likely still require a vote.)

Card-check was universal in the 1970s. Since then, there has been a general, but uneven, drift toward mandatory certification votes.

The principles underlying all certification processes are that (1) employees should choose whether or not they wish to be represented by a union (2) as a group and (3) free from undue influence.

Related to the third principle, labour laws contain a variety of unfair labour practices designed to prevent unions and employers from exercising undue influence. The effectiveness of these prohibitions is uneven.

One Canadian study suggests that 80% of employees facing a certification drive oppose it. Sixty percent overtly resisted certification by, for example, expressing concern or opposition in captive audience meetings or trying to stall the vote. And almost 20% do things that are likely unfair labour practices (e.g., threats, dismissal).

The effectiveness of these tactics is uneven: some seem to drive down certification success rates and some drive them up (data limitations suggests viewing these conclusions with caution). In broad terms, the upshot is that employer interference with certification drives is both common place and damaging.

The key argument for card check is that it denies employers the opportunity to try a sink the organizing campaign during the time between the application and the vote. The likely effect of introducing card check provisions in Alberta is that there will be more and more successful union organizing drives.


Such a change would strip employees of their privacy and expose them to possible manipulation, or even intimidation. The decision to support certification is a personal one and should be conducted in the same way voters elect their governments, free from the influence of those who may possess their own agenda.

Requiring private ballots is fair to everyone — employees and employers.

The Herald’s assertion that certification votes are free from employer influence sits so contrary to the evidence that either the editorial board members have no idea what they are talking about or they do know but are wilfully ignoring how labour relations is actually practiced in Alberta.

Equating the selection of a bargaining agent with the selection of a government is a common (albeit facile) comparison that the Wildrose and business groups use. There are many differences between the two. The most important is that the government doesn't typically threaten to take away your job if you vote against them.

Certainly card-check provisions require workers to express support or opposition directly to union organizers (by signing or not signing a union card). Setting aside the awkward fact (for the Herald, anyways) that this also happens under the vote system (because union organizers need to provide evidence of support to get a vote), I’m not sure that is a big deal.

While I didn’t spend all day at, I couldn’t find any academic studies suggesting intimidation is commonplace or any Manitoba LRB decisions about union intimidation (Manitoba had card check until just recently). This dearth of evidence that unions bully employees very much broadly jives with my experience at the Labour Board from 2001 to 2003 where I took one call about union intimidation and hundreds of calls about employer intimidation.

There is some anecdotal evidence that can be read to suggest card check does not demonstrate workers’ preferences. However, this “evidence” can also be read to support the proposition that employers routinely intimidate workers between certification applications and votes.

On balance, card check appears to result in workers being better able to choose whether or not they want to unionized free from intimidation than certification votes do. Perhaps the most interesting question is whether the NDs will support such a change.

Certainly organized labour wants card check. Choosing not to introduce it may undermine the opposition’s narrative that the NDs are in the pocket of the unions and would take away an avenue of opposition attack. (Being in a union, I can assure you that the NDs are not in the unions' pockets….) Such a decision would be consistent with the ND’s broader move towards the political centre as part of their re-election strategy.

We have fought hard through the years for the right to vote without having to show who/what we voted for. I think it is a step backward to take that right away. If you have a strong argument and belief that a union will be better for both employees and employers then take it to a secret ballot vote. The argument of intimidation by employers is just as likely from the union side too. Time to take the "power" out of negotiations. Ghandi had it right when he said "When the power of love overrides the love of power, there will be peace". Who says it has to be an adversarial position as if each party is the "enemy". Maybe because those in the negotiating room can't work with a win/win attitude that results in a good outcome for ALL?

Thanks for your note, Anonymous.

Public policy should be based upon evidence. There is compelling evidence (noted above) of employer intimidation of workers when there is a certification vote. There is (as far as I can tell), little to no evidence of union intimidation.

This suggests public policy should be amended to address the employer intimidation. The simplest solution is to deny the employers the opportunity to intimidate through card check.

You suggestion about taking the “power” out of negotiations ignores that employment is a relationship of power (e.g., why do you do what the boss says? Because s/he has the power to sack you). Ignoring the presence of power won’t make employers reluctant to use it; rather it will embolden them.

While there may be instances when unions and employers can negotiate mutually beneficial agreements, the history of labour is that it is a zero sum game. This reflects that workers and employers have conflicting interests over the distribution of profit.