Research: Migrant workers in BC construction 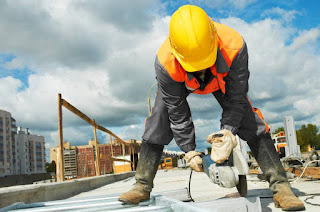 In February, the Labourer’s International Union of North America (LiUNA) released a report entitled “The impact of Canada’s migrant worker program on the construction labour force in British Columbia, 2015-2016”.

This report examines the construction industry’s use of temporary foreign workers (TFWs) as well as foreign nationals who entered Canada under the international mobility programs (IMPs) of various free trade agreements that Canada signed. (Sorry I can't seem to find a link to the report itself).

In 2014, the Harper Conservative government clamped down on TFW entries in response to public outrage about exploitation of the workers and employer abuse of the system. At the same time, they left the IMP stream alone (the government cannot unilaterally change bilateral free trade agreements) but noted that the IMPs were workers in high-skill occupations. The feds have done no research on whether these claims are true.

Over time, what appears to be happening is that employers are reducing their TFW hires and replacing them with IMPs hires (reflecting changes in program rules). LiUNA argues that the use of migrant workers is loosening the construction labour market (resulting in lower wages and fewer job opportunities for Canadians). It also suggests that government claims the IMPs cannot (or are unlikely to) work in the construction sector are inaccurate.

Something I was surprisingly unable to find in the report was the overall number of workers in construction occupations in BC. This information would help contextualize the potential impact of the ~2500 migrant workers on the labour market. Using StatsCan CANSIM Table 282-0153, it looks like the 2015 number was about 250,000. Assuming this number is comparable to the LiUNA data, that suggests migrant worker comprise 1% of workers in construction occupations.

While certainly 2500 additional workers may create some distortion in the labour market, I’m not sure this number is really all that significant. Not including this important context in the report feels a bit like LiUNA was spinning their conclusions to make more of them than they warrant.

LiUNA does (sort of) address the magnitude of the impact in their press release when they say:


Some people argue the number of migrant construction workers in BC is small compared to the construction labour force. But you do not need thousands of migrant workers to have a significant impact on specific building trades involved in major public and private sector construction projects as it supresses wages and displaces qualified Canadians.

So they clearly have turned their mind to the issue and the omission is likely intentional. Now, there is probably some truth to their statement and kudos to the LiUNA for doing this kind of policy research. But not providing the context of their findings undermines the credibility of the report and its recommendations.