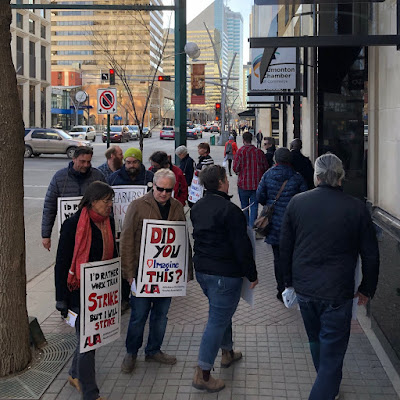 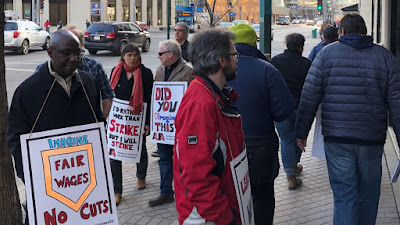 The purpose of the picket was to demonstrate that foot dragging at the bargaining table by BoG’s bargaining team is unacceptable, given the very reasonable settlement proposed by AUFA:
This proposal is broadly consistent with other provincial settlements as well as the settlement recently reached between AU and its support staff. 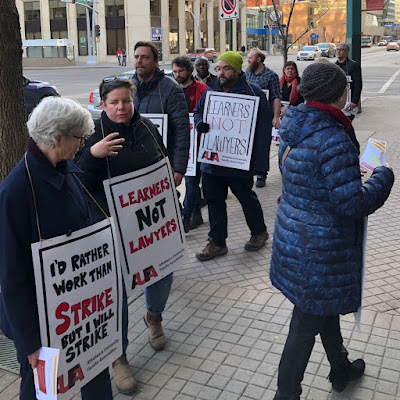 The BoG bargaining team has stalled bargaining since last May. It delayed the exchange of proposals, it advanced unreasonable proposals (that it has since abandoned), and it has been unavailable to bargain since mid-February. It has also stalled the negotiation of an essential services agreement (which is a pre-cursor to formal mediation). 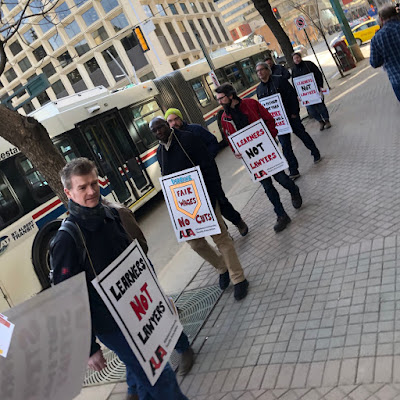 AUFA’s next information picket will be Monday, April 15 at noon in Athabasca. This picket coincides with the next (and only) bargaining date between AUFA and the BoG team.