Yesterday, the Athabasca University Faculty Association (AUFA) hosted its first information picket in Athabasca to coincide with our 19th day of bargaining with the employer. 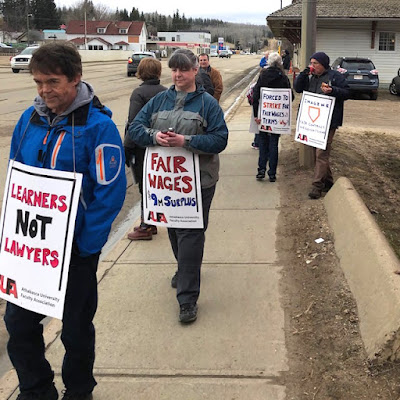 AUFA members are demanding a fair collective agreement on par with other public-sector agreements in Alberta. AUFA's proposal is currently a two-year wage freeze, improved job security for precarious members, and a two-year wage re-opener. 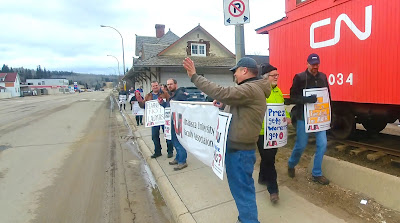 Athabasca University is presently offering two zeros. There is no reason for the university to not improve language for precarious faculty or agree to further negotiations for financial settlements in future years. 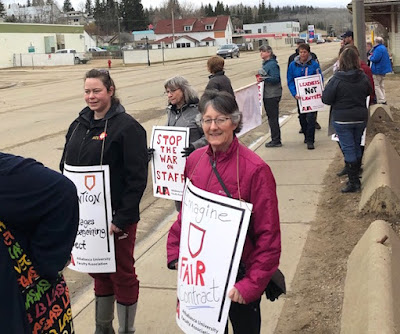 This year, the university recorded at $9m surplus and saw enrollment growth of 12%. The university also concluded a pattern agreement (two zeros, a re-opener, and small improvements) with its support staff only a few months ago.

There were 37 people on AUFA’s picket line, including 32 AUFA members (roughly 1/3 of our members in town). We were also joined by members of AUPE and CUPW. 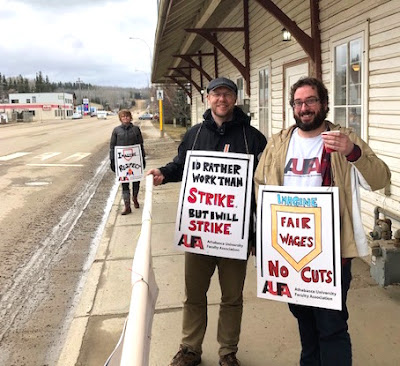 Residents of Athabasca waved and honked in support. AUFA and the university are back in bargaining on April 23.