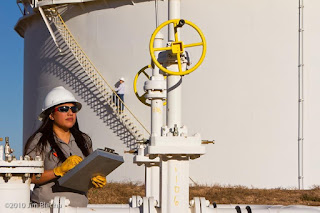 Proponents of fining employers for OHS violations have new evidence to support their position. A systematic review of studies between 1990 and 2013 undertaken by a team of scientists at Ontario’s Institute for Work and Health has found strong evidence that regulatory health and safety inspections that result in a citation or penalty are effective in reducing work-related injuries. This confirms a 2007 review that looked at the data from 1970 to 2003.

This new study also found moderate evidence supporting the proposition that inspections without penalties have no effect in reducing injuries. The first inspection of a workplace also appears to be associated with the largest increase in OHS compliance. What this research means for Alberta—where many inspections are in fact re-inspections and there are few penalties issues for non-compliance—is unclear but the evidence is suggestive.

The review also found no evidence to support the notion that OHS consultative activity reduced injuries (although more research is likely needed on this topic) and moderate evidence that new OHS laws or regulations have no effect on reducing injuries, although caution about this finding is warranted due to the nature of the studies.

Interestingly, the study found strong evidence that the smoke-free workplace laws that many jurisdictions introduced in the 2000s were effective in reducing workers’ exposure to second-hand smoke and moderate evidence these laws reduced respiratory symptoms.