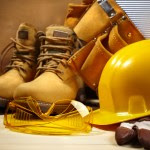 First, accepted no-lost-time claim (NLTC) reports were 13% higher in unionized firms than in non-unionized firms. NLTCs are injuries where the worker required some sort of medical attention but went back to work the next day. These injuries are often thought to be “minor” injuries.

Second, accepted lost-time claims (LTC) reports were 14% lower (adjusting for firm size) in unionized forms than in non-unionized firms. LTCs are injuries were the worker could not go back to work the next day. These injuries are often thought to be “serious” injuries”.

There are other potential explanations for these findings (e.g., unionized workers may be more experienced and/or safety conscious—the question here would then be why unionized firms attract these kinds of workers). Overall, an interesting study that begs for additional research.