Harassment as an OHS issue 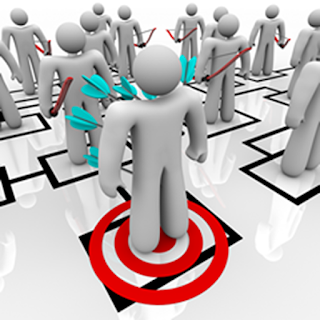 A private member’s bill (Bill 208) has been introduced in the Alberta Legislature that amends the Occupational Health and Safety Act to prohibit workplace harassment. Chapter 6 in the OHS textbook Jason Foster and I just wrote provides some useful context on harassment and bullying.

Bill 208 defines harassment as “any inappropriate conduct, comment, display, action or gesture by a person” that constitutes a threat to the health or safety of a worker based on either a protected ground or which “adversely affects the worker’s psychological or physical well-being and that the person knows or ought reasonably to know would cause a worker to be humiliated or intimidated.”

The Act places some parameters around instances of conduct the adversely affect a worker’s well being. It notes harassment can comprise “repeated conduct, comments, displays, actions or gestures” or “a single, serious occurrence of conduct, or a single, serious comment, display, action or gesture, that has a lasting, harmful effect on the worker.” Reasonable action by the employer related to the management of workers or the worksite is not considered harassment.

The short of the rest of the obligations are that employers must now have and enforce policies around workplace harassment. (How this works if the employer is the harasser is an interesting question... .) If an employee believes the employer has botched the investigation of a workplace harassment complaint they can report the matter to Occupational Health and Safety and OHS will investigate.

Workplace harassment and bullying appears endemic. A 2014 panel study suggests 23% of workers have been bullied at work. There is a higher 2012 stat (45%) floating around, but the methodology gives me the willies so I’m going to go with this more conservative number.

In theory, Bill 208 provides a new avenue for redress (especially for non-unionized employees) around harassment. I’m not an expert in workplace bullying, but I have seen a fair bit (both at when I worked at the Labour Board and as my union’s grievance officer). The questions I have about this (quite laudable) legislation are:
To be fair, this Bill serves an important hortatory and educative purpose: it publically condemns this behaviour and says it is up to employers to stop it. But to make real change in the workplace is going to require government enforcement activity.

As a trade unionist, I wonder if this Bill gives firmer footing for work refusals when there is significant harassment? Specifically, could a group of workers (unionized or otherwise) collectively refuse to work for a harassing boss (i.e., wildcat) and claim such action is protected action under the OHS Code? And how would this play out in a small workplace, such as a restaurant or retail operation?