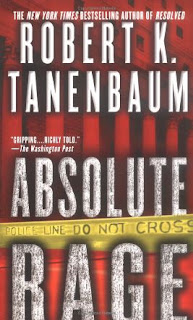 Over time, I've grown increasingly fascinated by how unions are portrayed in popular culture. Mostly, unions are just absent. But I was wandering through the library with my daughter and picked Absolute Rage (2002) almost at random.

The book is a crime thriller wherein a trade unionist is killed to help another (corrupt) trade unionist steal a union election in the West Virginia coal fields.

The "good" trade unionist is not really good, except in the sense that he actually cares about the workers. Otherwise, he's an abusive drunk blinded by ideology who gets his family killed in the cross fire.

The "bad" trade unionist is evil, corrupt (e.g., in the boss' pocket), greedy, and kind of stupid. He surrounds himself with various dumb and corrupt stooges who do his bidding. These character flaws are his undoing.

The strengths of the book are a good understanding of US labour politics and a realistic portrayal of the  company towns in the coal field. The plot and characterization are consistent with the tendency of all US fiction to represent unions as corrupt or, alternately, a source of disruption (via strikes).

I certainly understand the need for a source of dramatic tension in a novel. What is so striking is how union are almost never framed a force for good and, indeed, are rarely mentioned at all.