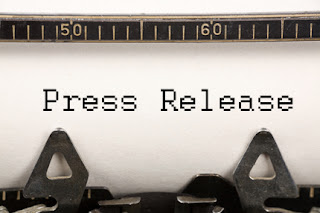 Last week I ran across what I think is a revised conference paper that examines the deterrence effect of publicly shaming OHS violators. This study examines the effect of the US Occupational Safety and Health Administration (OSHA) issuing press releases about workplaces found in violation of OHS regulations from June 2009 to September 2012. The study’s findings are quite interesting.

Workplaces with a peer workplace that has violations publicized tend to significantly improve compliance with OHS regulations. There is a 25% drop in noncompliance within a 5km radius of the inspected worksite but still statistically significant effects as far as 50km away. The effect dissipates with distance (both geographic and industry).

This effect may reflect a desire by other employers to avoid future negative publicity (which may affect profitability and staffing). It may also reflect employers adjusting their beliefs about the probability of an OHS inspection (and therefore cleaning up their acts). The author argues for the first explanation.

Firms that are themselves shamed do not appear to change their behaviour (although the data is not perfectly clear). This may be because the act of shaming (i.e., punishing) the employer eliminates any incentive for behavioral change to avoid future shaming. That said, the effect of an actual inspection with penalties may offset provide a separate incentive for compliance. It is notable that the shaming being studied (i.e., the issuance of a press release) is a pretty mild form of shaming.

Section 28.1 of the Alberta Occupational Health and Safety Act appears to sanction the “naming and shaming” of employers with bad OHS records. Alberta does engage in some implicit shaming, when it posts information about OHS convictions.

But Alberta does not routinely identify employers who fail OHS inspections or even make inspection reports available to the public. (By contrast, you can go look up restaurant health inspection reports online.) Such activities might be a low-cost way to increasing employer attention to worker safety.