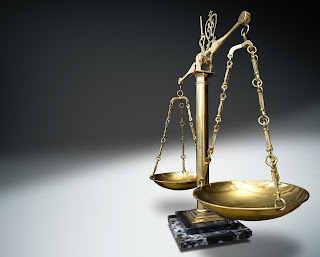 I was recently involved in a discipline arbitration on the union side. The grievance centred on the employer failing to provide particulars when disciplining a worker.

Particulars are the who, what, when, where and how of an incident for which the employer seeks to discipline a worker. That is to say, particulars set out the facts and events the employer is relying upon (and, in an appeal, will need to prove) in order to impose the discipline.


7.5 When the appropriate Executive Officer considers that cause exists to warrant discipline… the Executive Officer shall give written notice that discipline is being applied, [giving particulars thereto, including specific details of the incident(s) leading to this disciplinary action] to the President, to the Association President in confidence, and to the Staff Member.

Particulars are important because a worker needs to know what they have been accused of in order to decide whether to appeal the discipline and to successfully mount such an appeal. The requirement for particulars is consistent with the principles of natural justice, one of which is the right to a fair hearing:


The right to a fair hearing requires that individuals … be … given prior notice of the case, a fair opportunity to answer it, and the opportunity to present their own case.

In this case, the employer didn’t provide any particulars (or even clearly identify why the worker was being disciplined) in the disciplinary letter. The employer declined to remedy this violation of the collective agreement during the grievance process, and off we went to arbitration (nearly a year later).

The arbitrator ruled last week that the particulars were inadequate to meet the requirements of Article 7.5. The disciplinary letter was then returned to the employer for revision.

Assuming the employer intends to proceed with the discipline (given the delay), it will need to issue a new letter with adequate particulars. The worker can then decide whether or not to appeal the discipline.

During the hearing, the employer conceded from the get-go that its letter was defective and invited the arbitrator to direct a new letter be issued. What this tell us is that the employer knew it was in the wrong.

The question this raises is why the employer didn’t just correct the obvious deficiency, either when the matter was first raised in the grievance process (a year ago) or at any time up to the start of the hearing? After all, the whole point of the grievance process is to resolve minor disputes and errors about the administration of the collective agreement.

In the hearing, the employer broadly asserted that it was reluctant to resolve the grievance because it was concerned the union would use such a correction against the employer.

Instead, the employer took a loser case to hearing and spent a lot of money (I’d guess $20k in hearing costs plus the staff time) during a period of tight budgets. And the (fairly predictable) result was (1) an arbitration decision that reflects poorly on the HR shop, and (2) the union will likely use the decision in other related litigation.

So, not resolving the grievance didn’t prevent the employer from being damaged. In fact, it probably resulted in a worse outcome than settling, since (1) the arbitration decision is a public document (whereas settlements usually contain reciprocal gag orders) and (2) a negotiated agreement could have included terms addressing whatever the employer's fears about settlement were.

It is interesting to speculate about why the employer decided to run a bum case because the possibilities highlight the political nature of labour relations (i.e., labour relations decisions are not just technical decisions). Some possible (and not mutually exclusive) explanations are:
Overall, this speculation suggests that the practice of labour relations is best understood through a multi-disciplinary lens that allows us to consider legal, psychological and political factors. All of these things can contribute to how grievances are handled by each side.