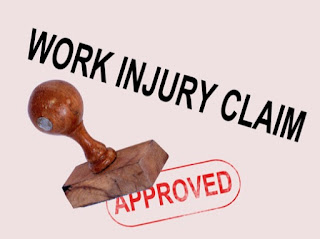 Continuing with the workers’ compensation changes in Bill 30 (An Act to Protect the Health and Well-being of Working Albertans), today I wanted to examine changes to the structure of the appeal process.

This topic is a long-standing bugbear among WCB claimants who will often note that the process is complex, slow, and seems stacked against them. Many report not bothering to pursue appeals because they view it as a hopeless task. Currently:
The WCB Review Panel found most stakeholders were satisfied with the Appeals Commission’s work. The panel commented:

[M]ost stakeholders conveyed to our Panel that they are largely satisfied with the Appeals Commission and current performance measures seem appropriate. They were considerably less charitable about the DRDRB process. The former is regarded as well-run, independent and impartial. The latter is regarded with suspicion and sometimes outright dismissal as a “waste of time”. (p.120)

About 40% of disputes that reach the Appeal Commission result in a change in the original decision in some way (reversed of varied). This is a pretty high level of error to get through the regular claims management plus the DRDRB appeal processes.

There is also significant attrition of concerns at the DRDRB level (about 75% of DRDRB claims are not appealed further). It is not possible to tell if these have been resolved to the satisfaction of workers or if they just gave up.

Picking up on its theme of the WCB having a culture of denial (of worker claims), the key comment by the Review Panel on the DRDRB’s operation was:

The central analysis right now appears to be, “Was the right decision made in accordance with the rules, based on the facts in this claim?” In a worker-focused system the more appropriate analysis would be, “Are we doing what we can within policy to help this person get the assistance they require in their situation?”

This is an important difference. The former analysis focuses on making sure a decision conforms to a rigid set of rules; if it can’t be shoehorned within the rules then it’s out, and there is no exercise of discretion. The latter analysis focuses on what can be done within the ambit of WCB policy to resolve a person’s concern and get them the help they require. It is all about discretion and nuance and making use of options, while recognizing that a worker’s claim must still fit within the existing statutory framework.

In keeping with the desired shift to a worker-centered system, the internal review process needs to shift in its cultural approach. This goes for employer account decisions as much as adjudicative claim decisions. (p. 124)

The Review Panel also recommended the establishment of a fair practices office to serve as an ombudsperson for complaints about the operation of the system.

The government seems to have taken these recommendations to heart. Bill 30 established an independent Fair Practices Office to act as an ombudsperson for WCB matters and to provide advice to workers trying to navigate the system. This office will also track trends and perform quality assurance audits.

The Office of the Appeals Advisor will report to the Fair Practices Office to get some additional separation from the WCB. The OAA will also have an expanded mandate to assist small- and medium-sized employers as well as unionized and non-unionized workers.

A Code of Conduct must be established, one function of which will be to outline how WCB staff are expected to act in order to recognize the rights of workers and employers.

Additional changes include:
The medical panel process (which is engaged when there is a dispute about a workers’ diagnosis) will also change. Workers will be able to trigger the process if they wish. Medical professionals other than doctors can advise the panel. Workers requiring a medical exam will get to choose the physician they see from a list.

Overall, this is a solid effort to make the WCB appeal system structurally better. A further, non-legislative improvement would be funding worker advocates (e.g., in community groups and worker centres) that already have trusting relationships with workers to help them with their claims. This will remedy the deep (and often well-founded) skepticism of workers to WCB-funded OAA.