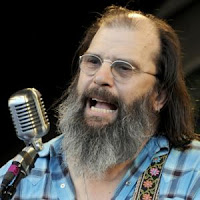 This week’s installment of Labour & Pop Culture is “Harlan Man” by Steve Earle. This bluegrass song is about coal mining in 1970s in Kentucky. During this time, the miners sought to unionize. The resulting strike went poorly for the miners. The strike is documented in an excellent film called Harlan County USA.

Mining (like construction) is a hyper masculinized occupation. There are very few female miners. I remember working a strike vote at a strip mine west of Edmonton in 2001 (or 2002?) and there were two (or maybe three?) women in the unit and some of the other miners immediately brought this up with me as an issue (it was completely unrelated to what we were talking about).

The hyper masculinity is evident in the lyrics which talk about doing dangerous work because the worker has to provide for his family. The singer grew up poor in rural Kentucky and goes down in the mine because that is the easiest way to make a living. Only later does the true cost of the decision become apparent but, by that time, the singer is caught because he has a family to support. This is a point of pride for the singer, carrying on a long family tradition based upon manual skill and stick-with-it-ness despite poor treatment by the boss.