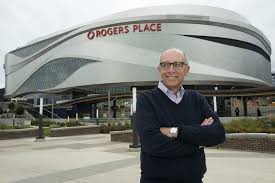 Such letters are legal in Alberta and this is a pretty typical example. It notes that, if employees unionize, they will pay dues. It then trots out the bogey man of rich union staffers spending dues however they like (ignoring the internal democracy of unions).

The employer cleverly avoids saying that it will sack employees if they unionize by saying “Job security comes to our organization if all of us work together as a team to ensure that our organization is a competitive and successful business.” You’d have to be pretty stupid not to read between the lines of that statement.

The letter ends with apple-pie statements like “We feel that nobody will ever represent you better than yourself.” This, of course, ignores the profound power asymmetry in individual employment relations that render employee representations basically useless and advantages the employer.

Union avoidance is big business in the United States. A few weeks ago I flagged an episode of the comedy “Superstore” that dealt with it. Last week, I also ran across a hilarious mash-up of Wal-Mart’s and Home Despot’s union avoidance videos.

They are hilarious because the “workers” in both videos are the same. Now maybe the “employees’” pay packets are so small that they need to have two jobs (and NO UNION!)… . But the near verbatim scripts suggests otherwise.

Looks like the video has been pulled under the guise of a copyright claim. The crux of it was that the exact same "employees" were reading nearly the exact same script while pretending to be employees of two different companies. If Walmart and Home Depot are really "one big family" whose employees want nothing to do with unions, shouldn't they be able to find actual employees to say those lines?