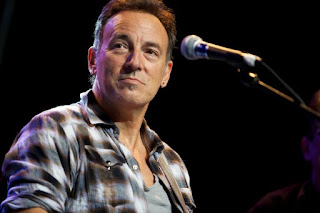 This week’s installment of Labour & Pop Culture is “Working on the Highway” by Bruce Springsteen. Originally entitled “Child bride”, the song chronicles the story of a unionized highway worker who… well, turns out to be a pedophile. It is slightly less creepy than that (the technical term is child marriage) but that is basically the gist.

The interesting "work" aspect of the song is that, after going to jail, the worker ends up doing highway work for the warden. Prison labour is a growing phenomenon is the United States. It follows a long tradition of prison operators seeking to recoup the costs of incarceration by leasing prisoners to private companies. You can read a brief synopsis here. If you have ever bought a paint brush, you've likely bought the work of a prisoner.

Often this work is framed as rehabilitative (e.g., teaching skills). In practice, the work prisoners do is rarely skilled. What it does is tire out prisoners and give them some pocket money (usually a pittance) thus making them more manageable. The profits of their labour go to the corporations that operate the jails.

These corporations have, in turn, struck deals with several states for a continuous supply of labour (regardless of the level of crime). This incentivizes incarceration and helps explain why America has 2 million prisoners (often members of visible minorities)

Working on the highway...

Working on the highway...