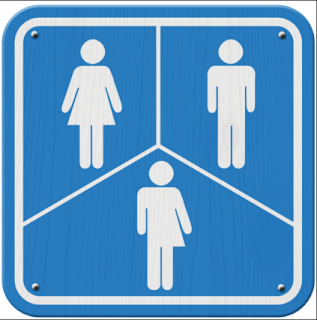 This summer, I ran across a very interesting article exploring how trans workers face greater precarity of employment. “Gender Transition and Job In/Security: Trans* Un/der/employment Experiences and Labour Anxieties in Post-Fordist Society” explores how the pressure on workers to “use their bodies and working personas to create pleasant interactions and good experiences for customers and clientele” can negatively affect those workers whose bodies fall outside of conventional norms of beauty or normality (p. 168).

In effect, gender normative expression acts as a key determinant of employment. The devaluing of non-gender-conforming workers negatively affects them economically, physically, and psychologically. This is a fascinating article that explores the treatment of trans workers—something that I don't think I have every encountered in any of the HR texts or research that I’ve examined.

This lacuna in HR pedagogy is itself fascinating because not talking about trans workers reinforces (perhaps unintentionally) the social exclusion of trans workers. It reminds me a bit of how HR texts dealt with sexual orientation prior to the Vriend decision (i.e., they ignored sexual orientation). Interestingly, since then, HR texts have largely continued to marginalize issues of sexual orientation by lumping them into a brief discussion of how to avoid complaints of discrimination on the basis of various protected statuses.

Few books explicitly sexual orientation in the sections they have on diversity. In this context, diversity basically means female workers, workers with disabilities, and workers of colour (although largely exclusive of Indigenous workers). As this article reveals, the silence of HR around the employment experiences of trans workers comes at a great cost to the workers themselves.