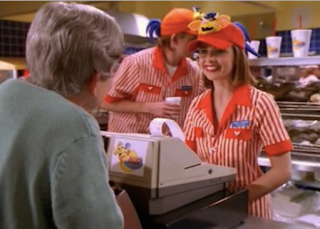 This morning, the government is hosting a consultations about regulations governing the employment of minors. I wasn't able to attend this consultation but the government kindly allowed me to submit written comments that I am reprising below

Thank you for the opportunity to provide comment on the employment of minors. I have structured my comments to follow the sequence outlined in the discussion guide. I have omitted questions where I had nothing to say.

Artistic Endeavours
1. The definition of artistic endeavor for children 12 and under is complete in my view.

2. I do not see a need to allow children 12 and under to be employed as coaches or assistant coaches. Such activities often involve some element of risk (to the coach and to the athlete) that children under the age of 12 are unlikely to be ready to experience or manage (particularly in a paid role).

I agree with disallowing domestic work for children under 12 because there are significant hazards (both to the sitter and to the sat) associated with it. Babysitting usually entails working alone (often at night), can include food preparation and equipment operation, and (if something goes wrong) the consequences can be significant.

Hazardous Work
1. Hazardous work is that which gives rise to meaningful risk of serious harm to the worker. Young workers may be at greater risk of harm due to inexperience and/or physiological immaturity.

2. I see you have noted that some work with animals may be too hazardous for 16- to 17-year-olds to perform on farms. Looking through the preliminary definition of hazardous work in attachment 4, I wanted to flag four agricultural implications.

a. Much farm work entails effectively working alone due to the distances involved (even a small grain farm is likely at least 160 acres).

b. Much farm work entails working with or near powered mobile equipment (which is a significant source of farm injury).

c. Farm work often entails working near (rather than with—this seems to be an oversight on your list) pesticides and excessive noise and such exposures are particularly hazardous to young workers with developing bodies .

While I appreciate the political sensitivities around regulating the employment of 16- to 17-year-olds on farms and ranches, excluding workers from such work may be the most effective way to prevent injuries. Interestingly, the discussion guide suggests there will be no prohibited work—hazardous work would just require employers to obtain a permit.

I see the political utility of not barring 16- to 17-year-olds from any work and, instead, kicking decisions about hazardous work into a private and opaque permitting process. But, really, are you going to approve a permit for a 16-year-old to engage in firefighting or mining or asbestos abatement or installing power lines? It would be more honest to have a list of prohibited work and a list of work requiring a permit. Further, not establishing a list of prohibited occupations makes it easier for future governments to pressure bureaucrats into approving permits for such work. Having a list or prohibited occupations in regulations forces politicians to own such a decision.

3. I would support excluding youth from hazardous job sites regardless of the work the youth is performing. As I noted above, working near hazards is often injurious to young workers.

4. I don’t believe it is possible to define, other than in general terms (along the lines of the definition of “competent” in the OHS Code), what suitable supervision would entail. It is too context dependent.

Light Work
1. I would remove painting because (1) youth are particularly vulnerable to chemical hazards due to their generally smaller size and less developed physiology, (2) the qualification “environmentally friendly substances” is so vague as to be unenforceable, and (3) painting often involves working at heights. I appreciate that work over 3 metres would be considered hazardous but work under 3 meters (often using improvised platforms) also entails significant risk of injury for youth.

Again, appreciating the political sensitivities of the farm and ranch community, given the hazardous nature of the worksite, the small number of 13- to 15-year-olds who will be employed, and the significant restrictions set out in Attachment 3, I would suggest a prohibition on employing 13- to 15-year-olds on a farm or ranch is the most parsimonious way to protect them.

2. While I would not argue that youth should be precluded from working in restaurants, I would point out that my research on adolescent employment in Alberta suggests that employers frequently ignore existing task and equipment restrictions for young workers (e.g., fryers, grills, slicers) as well as hour of work and paycheque-deduction standards, and hazard assessment and parental consent requirements.

More over, young workers generally have no idea that such circumstances are contrary to the Code and their parents neither know their children’s rights nor know what is happening in the workplace. This suggests that there needs to be significant regulation of this work. Simply requiring a permit or a voluntary filing of documents is unsatisfactory because many employers just ignore the requirement. This in turn, reflects that there is virtually no chance such a violation will be picked up due to limited enforcement activity and, if it is, there is no prospect of a meaningful consequence for the employer. In short, you need some sort of meaningful enforcement mechanism.

5. Given the expansive nature of the proposed light work list, I can’t see many instances where a permit would be necessary.

Permitting
1. The biggest issue with Alberta employment laws overall is that employers simply ignore them. There is little reason to think that employers will comply with permitting requirements unless it is combined with specific and significant sanctions for non-compliance.

3. Permits should require the employer to submit a hazard assessment and control plan and written evidence of parental consent.

4. Permits should not be issued to employers with past records of employment standards or occupational health and safety violations or orders or workplace injuries.

In addition, I would suggest Alberta should adopt Saskatchewan’s requirement for workers to complete a worker preparedness course prior to employment. Such a course could be offered online or through the school system. Young workers are at a significant knowledge and power disadvantage in the workplace and the least the government can do is to provide them with an opportunity to learn about their rights and their employer’s obligations. Such a requirement would have more teeth of a permit was required to hire anyone under 16 but, based on the material provided, I take it that such a requirement is not under discussion.

It is also worth noting the research conducted by Alison Taylor (formerly of the U of A but now of UBC). She and her co-investigators examined the experiences of youth engaged in apprenticeship programming through Alberta’s RAP program (and Ontario’s analog). Of concern is the high level of injury among these young workers. This research warrants consideration as the government examines appropriate controls on apprenticeship and work experience programs.

Thank you for the opportunity to provide my feedback.