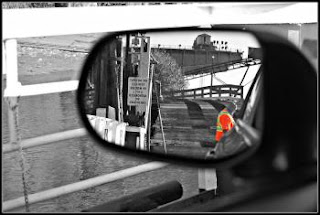 Rabble.ca kindly posted a piece I wrote as part of their Labour Day coverage. The nub is that for all of its good intentions, Canadian occupational health and safety efforts have largely been a failure.

Certainly workplaces are safer now than they were 40 years ago. But, at the same time, workplaces are in no way safe. This reflects, in part, that employers have been able to limit workers' willingness to exercise their safety rights and governments have not stepped into the gap that this creates.

This post picks up on an earlier piece I wrote about two workers in Burnaby who got sacked. It appears their terminations were due to them exercising their rights to refuse unsafe work (although their employer hotly denies this). More than 18 months later, neither has any resolution from WorkSafe BC.